vRealize Codestream back in vRealize Automation

Introduction to the VMware Sample Exchange

What is the future state of containers and computing specifically? Why does 1 technology beat another in the fickle world of IT? Who can benefit from the tectonic shift happening in the world?

Just a few of the questions that I ask myself on a day to day basis among many other crazier questions I won’t share with you. If you followed my site or my posts you’ve seen I rarely post based on the philosophical questions that surround us. I did so a while back with my perception of the host naming delima (spoiler alert hostnames are dead and should have been killed years ago), but haven’t really had much to share about my views since.

Well here it is my twisted views on all things containers and their impact on us.

DISCLAIMER: I’m personally basing this entirely on my exposure to customer environments and my own experience in enterprise IT.

I don’t think anyone can argue the value for micro service based solutions with containers. If you look at the sheer numbers that Google, Netflix, and others spin up on a daily or weekly basis there is no question about what it could mean for cloud and server computing. It is worth note that based on my many discussions with enterprise customers while it’s great these new application architectures are going to some day be their primary application, the idea of moving their workloads into this model is difficult.

Needless to say this is why Gartner, Forrester, and other research analyst have been touting the power of “Bi-Modal IT”. It’s a good way to say go send your innovative thinkers in a space they don’t have to play by the same traditional rules. Fundamentally I still believe this is just a bunch of folks saying “Shadow IT” is already happening just embrace it by applying a new logic around that. Really we could argue that all day long over as many drinks as you want and nobody will ever be right.

So where am I going with this? I think first and foremost I’m looking at organizations like my former global employer who said “We’ll be off the mainframe in 5 years” That was 15 years ago and they still aren’t off of it. Also worth note that organizations who are all in on disrupting their own business by innovating seem to have a minimum of 2 years to rewrite their apps in this model, while keeping their business with all the policies and documents necessary, including the ones with digital signatures, but for this using a program from sodapdf.com/sign-pdf/ could make this more easy and simple. Then it’s worth mentioning that I’m hearing a basic trend that some organizations are digging their heels in and saying I want to base my entire business off of SaaS or off the shelf software because “Our core business is not IT”

There is also the argument I have with all of my old friends who work at these global manufacturers that if they don’t seriously focus on the application development then some upstart may disrupt their business like Uber did to the Taxi industry, or Netflix did to the rental industry… This is yet another one of those that could be debated all day long.

Now that I’ve outlined all of the wonderful different opportunities that exist for our world of Servers, and Clouds, you may notice 1 missing piece and to me this is where I think the future of containers could and probably should be. How bout the workstation market? We have seen how great things like AppVolumes can be for cloud based workstations but what if containers came down to user workstations? Oh and I don’t mean for development!

Instead think about the state of Linux as an operating system there is the classic fragmentation which is great for each user if they power users but even those folks are very denominational. I personally started with RedHat many years ago, moved to SuSE, and onto a variant of Ubuntu. Each has their own attempt at package management but if we’re being honest they all kinda suck and aren’t usable across different variants. Oh and if you want to run a windows program what you do, WINE or one of the virtual software solution (Fusion is my choice since I’m on a Mac). Now consider since every major vendor is embracing containers you could run your container of choice on your operating system of choice. Potentially no install just a pull, no uninstall just a close the container and delete if you don’t want it, no lingering effects of registry or other files floating around.

The potential for security increase in ways that can’t fully be calculated. The delivery of your operating system would be a choose the role and the proper containers come down for that use case only. Much smaller attack surface for the OS itself. Potential to isolate things like the browser and if it gets corrupted, boom delete it and pull a fresh copy. Updates delivered in quicker time frames to you so your system is protected sooner.

Now this next point may take some time but it’s clear Microsoft is already starting to support it, Linux is ready, and Mac well we can hope! Realistically it could provide Window, Linux, Mac, and whatever is next all become irrelevant because the container is agnostic. Now this might be a hope and a dream but it is something that feels very real and attainable. Obviously there are some programs out there that will never fit into this model but just consider the what if?? What if none of the denominational fights matter and we could all use the same programs locally against any operating system of our choice?

That my friends is some of the potential that could be had by the container revolution.

Love to hear your thoughts and feedback, am I really crazy? Is the container only great for cloud or micro services?

It will be an interesting time over the next few years and I’m enjoying the speed of change! 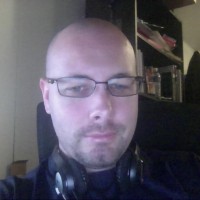